Sir Richard Burton was well known for his translations of existing works and treatises from Eastern literature. He was also the author of his own work written under the pseudonym of Haji Abdu El-Yezdi. The Kasidah was written by Burton in 1854 and published in English in 1880.

The poem’s preface indicates that it was written ‘in advance of its time’. It is a beautiful, moving work and conjures up images of the desert as well as provoking thoughts concerning the origins of the way we think and act today – little has changed in the human condition since it was written. Ultimately, after stripping away our conditioned beliefs, it aims to replace them with a positive framework with which to work on the great work, our evolution into a Human Being. 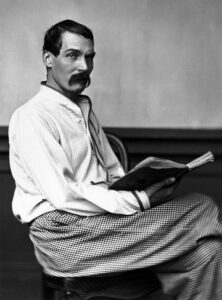 This site is an attempt to include some of the influences which have drifted in and out of the author’s life, rather like the sands of a desert which form and re-form hills and valleys at very short notice. The only intention being to share.

Anyone wishing to know more about the philosophy that it outlines could read The Sufis by Idries Shah..